My name is Nali and I am a PARISite 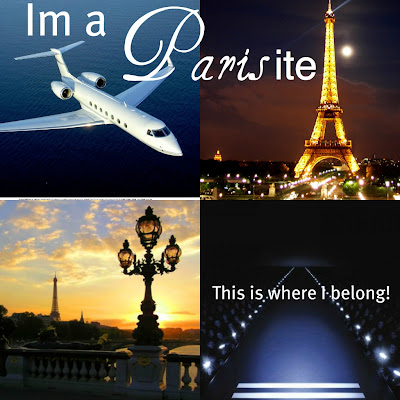 I have officially decided I am moving to Paris. Being the fashion queen and hands down most gorgeous poupée on this side of the continent is awfully difficult. Canada is getting kind of dull for a city girl like me. I am tired of studying and video making and listening to my sisters chatter happily all the time. I don't belong in some silly public school district, I belong in a private modeling academy! Why does nobody realize my potential? I wish I was given a chance to strut the runway in Milan or Paris or London and just show the world how fabulous I am....

My mom says its a silly idea to move to Paris. Apparently there is not much of a demand for 18 inch tall models. I think that is just stupid. I could be a REVOLUTION in modeling! I mean, a miniture model strutting down a glassy runway surrounded by glamorous giants and flashing lights... sounds like an eye catching show to me. If Calvin Klein and Louis Vitton don't give me a job offer the moment I step of the plane to Paris, I must say I will be surprised. I am so much more confident and interesting than their other models. I would steal the show.

I explained this brilliant idea to my sisters, but only Felicity thinks its a good idea. This is rather disconcerting because she is a bit of a loop-headed idiot and I don't trust anything she says. Samantha, who I consider to be the smartest member of the family told me that it was a bad idea. She says that I will be lonely if I move to Paris. I guess that is kind of true. My mom does not want me to move either, because she needs me for her videos and would miss me if I jetted off to the other side of the world. The truth is, I would miss my family if I moved to Paris. They are really important to me, even more important than my modeling career. So I guess I am staying here in Canada for now. Still, someday, I want to travel to that amazing city and show the world what makes me so fabulous.